Bergeggi, a unique place in the world for the beauty of its beaches and land

Bergeggi is a small town elevated above sea level, in the province of Savona, it dominates the gulf below in front of the small island of the same name. An unmissable tourist destination for sea lovers and for its beautiful beaches, considered to be unique in the world. Its elevated position makes its alleyways truly different as they have views overlooking the sea leading to the Via Aurelia and the beautiful beach, famous for its crystal clear, transparent waters. For those arriving by boat, you can drop anchor in roadstead sheltered near the island of Bergeggi, enjoying an unbeatable view. The origin of the village, which is mentioned already during the Roman period, is to be attributed to the population of ancient Ligurians. Archaeologists have found artefacts dating back to the Neolithic period. In 992 the bishops of Savona, owners of the area, built, on the island, a monastery housing the presumed ashes of Sant’Eugenio, the bishop of Carthage. In 1385 the village was sold by Pope Urbano VI to the Republic of Genoa and continued to belong to it until it fell (1797). Following the French Revolution and after Napoleon’s first Italian campaign, the area of Bergeggi came under, from 2 December 1797 the Départment du Letimbre, with capital in Savona, within the Republic of Liguria. In 1815 it was incorporated in the Kingdom of Sardinia and, following that, the Kingdom of Italy in 1861. On 4 May 1917, two miles from the coast, the English steamship, the SS Transylvania was sunk by a German submarine. On the rocks in front of the area of the shipwreck, a monument has been erected in memory of the 414 victims.

The ancient village is made of houses, with the characteristic terraced rooftops, grouped together in small clusters among the olive groves and vineyards, connected together through a network of alleyways leading down to the sea. The main archaeological site is Castellaro di Monte S. Elena.
The parish church of San Martino Vescovo houses an exquisite canvas of the Ligurian-Tuscan school of the 1500s depicting the Madonna del Rosario among the Saints Caterina and Domenico and a wooden crucifix by Maragliano. Bergeggi has a shimmering sea crowned with beautiful beaches, the Island, the cliffs dropping into the sea, the sea caves, the Grotta della Galleria del Treno, the cork grove, and the opportunity of visiting the Protected Marine Area where you can swim or dive to explore the amazing sea floor. 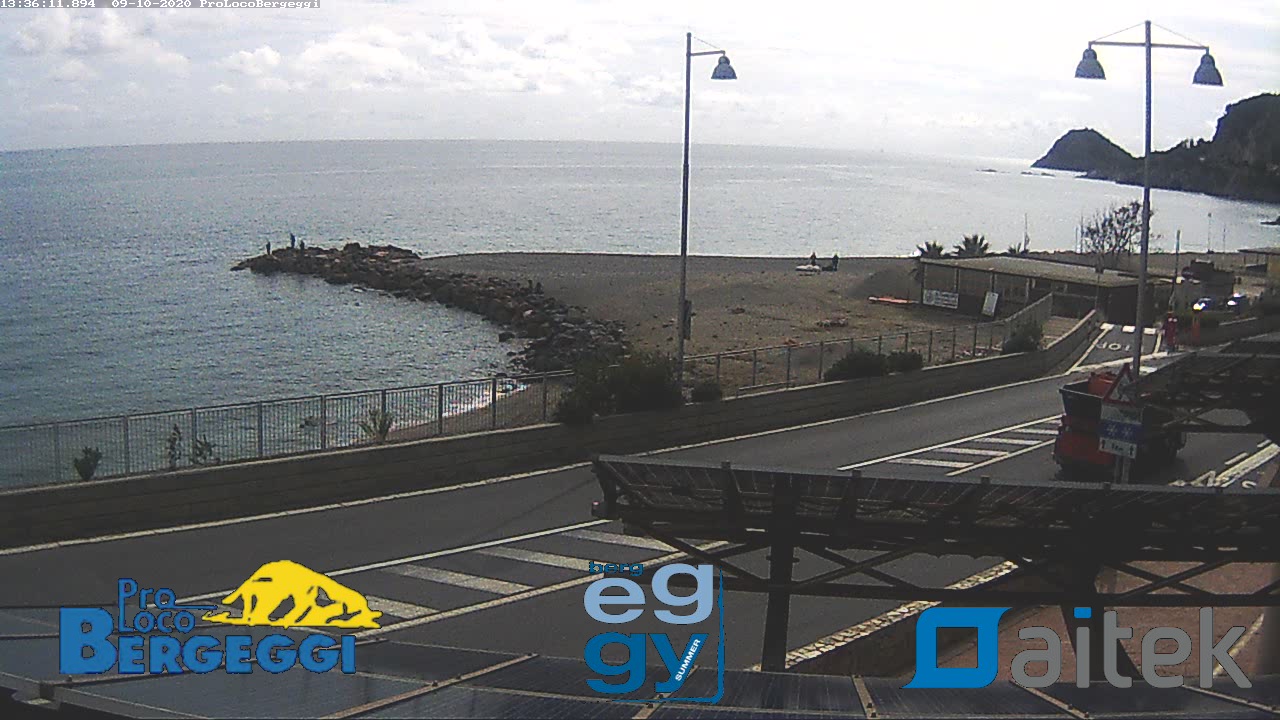